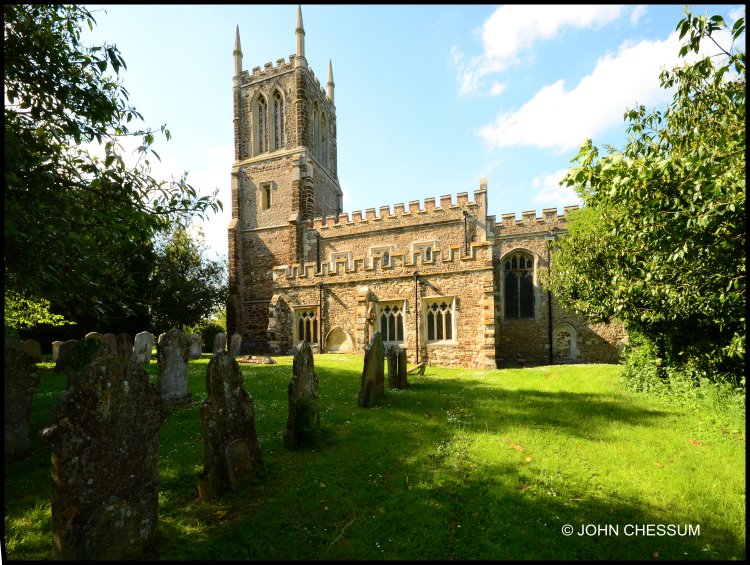 The Church of St John the Baptist is situated at the gates of an ancient hall and dates to the thirteenth century. It contains numerous high quality works of carved wood and stained glass, mostly from the abbey of Alne near Charleroi. Dating from 1689, these works were "liberated" from Flanders following the Napoleonic wars by the Rev. Henry Cockayne Cust, parish rector from 1806 to 1861.[2]

The churchyard contains a handsome monument over the grave of the poet W. E. Henley, who was a frequent visitor to Cockayne Hatley Hall. Henley, who had a wooden leg, was Robert Louis Stevenson's model for Long John Silver. Henley was also a friend of J. M. Barrie, the author of Peter Pan. Henley used to address Barrie as "friend", which Henley's only daughter, Margaret (1888–1894), who is also buried there along with her parents, mispronounced as "fwend" and changed in a childish way to "fwendy-wendy