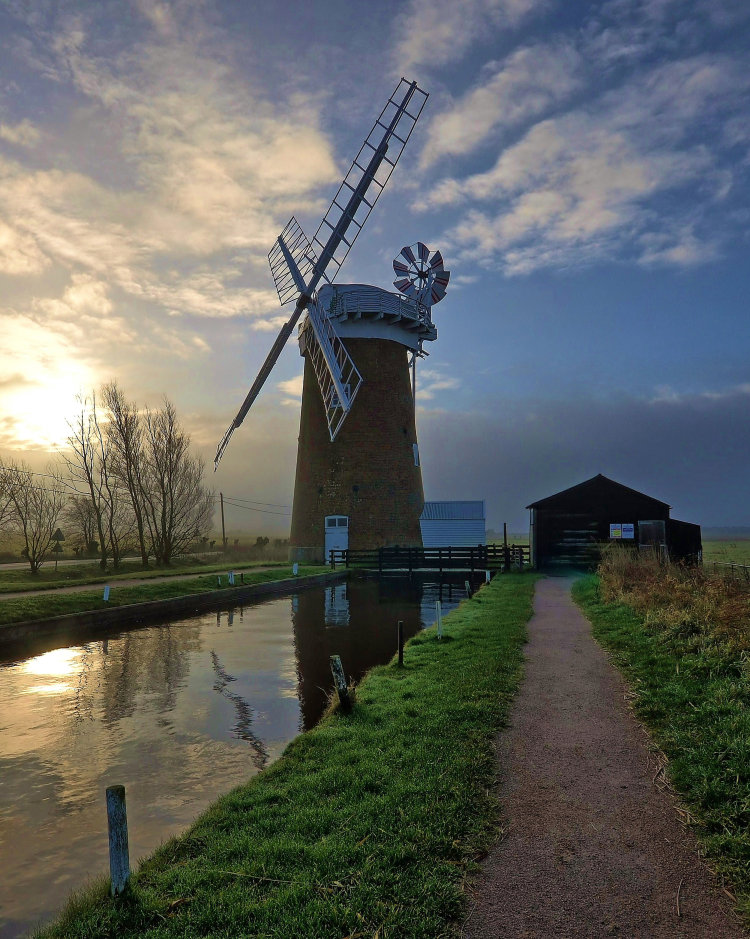 The present structure was built in 1912 on the foundations of the 18th-century Horsey Black Mill.

The windpump was working until it was struck by lightning in 1943. It was acquired by the National Trust in 1948 from the Buxton Family and has been restored. The mill's damaged sails were removed in 1956, and replacement sails and fantail were installed in 1962. The Great Storm of 1987 caused further damage, and repair works were required before the building could reopen to visitors in 1990.

The Buxton family continue to manage the Horsey estate, emphasising nature conservation. Because of this, the estate has become an internationally important wildlife site. On the estate there are waymarked circular walks, the main one being the path via Brograve Mill; the walk provides great views across Horsey Mere and access to the beach at Horsey Gap. There are many windmills in this particular area, including West Somerton Mill, Heigham Holmes Mill, Brograve Mill, and Lambrigg Mill. Horsey Windpump is open daily from March to October.

The sails were removed again in 2014 following damage during winter storms, to be replaced by traditional sails that can open and close to control the amount of wind caught.