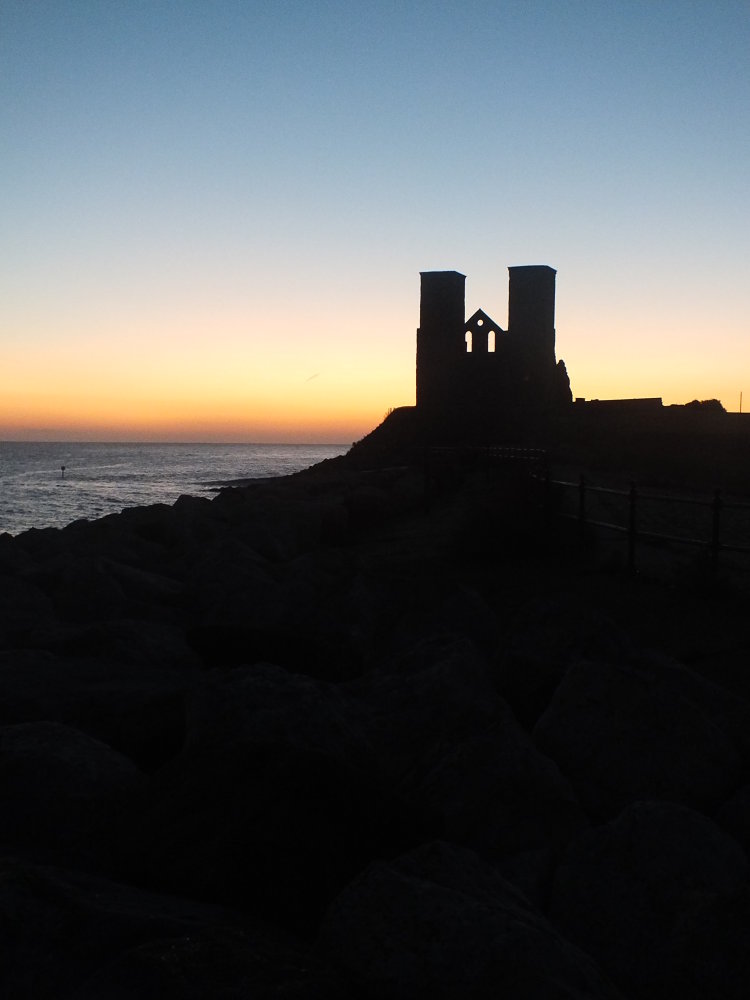 St Mary's Church, Reculver, was founded as a monastery in the 7th century on the site of a Roman fort at Reculver, which was then at the north-eastern extremity of Kent in south-eastern England. In 669, the site of the fort was given for this purpose to a priest named Bassa by King Ecgberht of Kent, beginning a connection with Kentish kings which led to the monastery becoming very wealthy by the end of the 8th century, during which King Eadberht II of Kent was buried there. From the early 9th century the monastery was in the hands of the archbishops of Canterbury, who treated it essentially as a piece of property. Viking attacks may have ended its status as a monastery, although an early 11th-century record indicates that it was then in the hands of a dean accompanied by monks. By the time of Domesday Book, completed in 1086, the building served as a parish church.