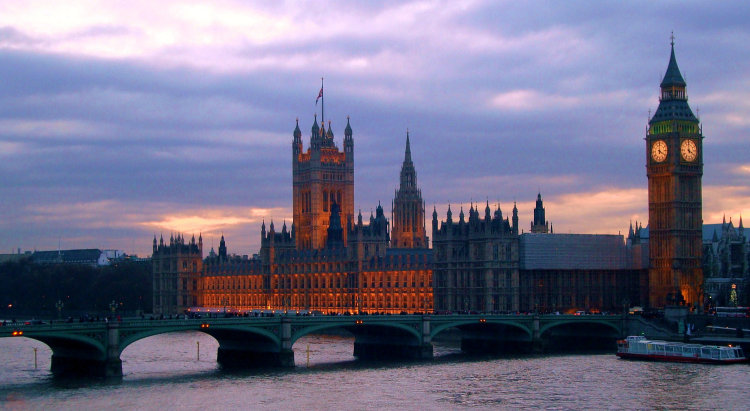 The Palace of Westminster is the meeting place of the House of Commons and the House of Lords, the two houses of the Parliament of the United Kingdom. Commonly known as the Houses of Parliament after its occupants, the Palace lies on the Middlesex bank of the River Thames in the City of Westminster, in central London. Its name, which derives from the neighbouring Westminster Abbey, may refer to either of two structures: the Old Palace, a medieval building complex that was destroyed by fire in 1834, and its replacement, the New Palace that stands today. For ceremonial purposes, the palace retains its original style and status as a royal residence and is the property of the Crown